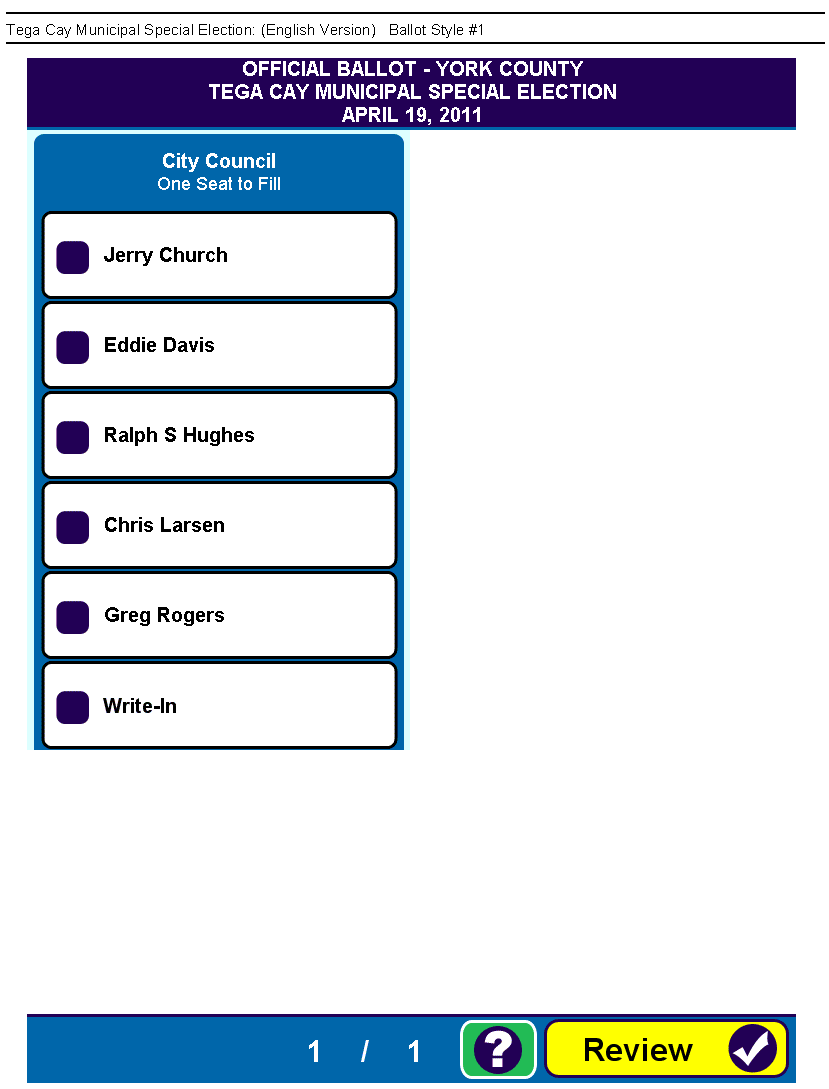 See the Vote results at https://seetegacay.com/tega-cay/who-won-tega-cays-special-election-for-the-open-council-seat/

The next big event in Tega Cay is the special election to fill Larry Harper’s vacant city council seat. The ballet has been drafted and voting day in Tega Cay is Tuesday April 19th 2011.

There are? 5 candidates that officially registered their candidacy for the council seat with the county elections committee.

A resident since 1970, 72, once managed Tega Cay’s golf facilities. Hughes has criticized the city for not doing a good job at running the golf course and allowing the club house restaurant and bar to close. Hughes claims he left the city with three hundred golf members, a good restaurant, good food, good service.

Davis, 39 is a 7 year resident of Tega Cay. He ran for a Tega Cay City Council seat six years ago, but lost to Les Conner. Davis is the owner of Business Capital Solutions. Davis wants to make sure Tega Cay stays on the right direction.

Church, 54, has lived in Tega Cay for approx 11 years. Church is a 8 year member of the city?s planning Commission and has served on the advisory committee for about 18 months said. Church is a chemist for Lubrizol Inc of Charlotte. He claims he doesn?t have an agenda but does believe things can be improved in the city especially trusting the city council.

Larsen, 51, is a 15-year resident, and has served with the Tega Cay Police Department. Larsen served as the city’s code enforcement officer for five years. Larsen has run for a council seat as a write in vote in a prior election. He owns his own construction company. Larsen said he respects the current council and would look forward working with them.

Rogers, 30, who is the youngest candidate, is a consultant with Tega Cay-based Palmetto Group Consultants. He also serves on the Fort Mill School Board’s strategic planning committee. He also has served for about two years on York County’s economic development board. Rogers believes the city needs a younger adult on the council for diversity.